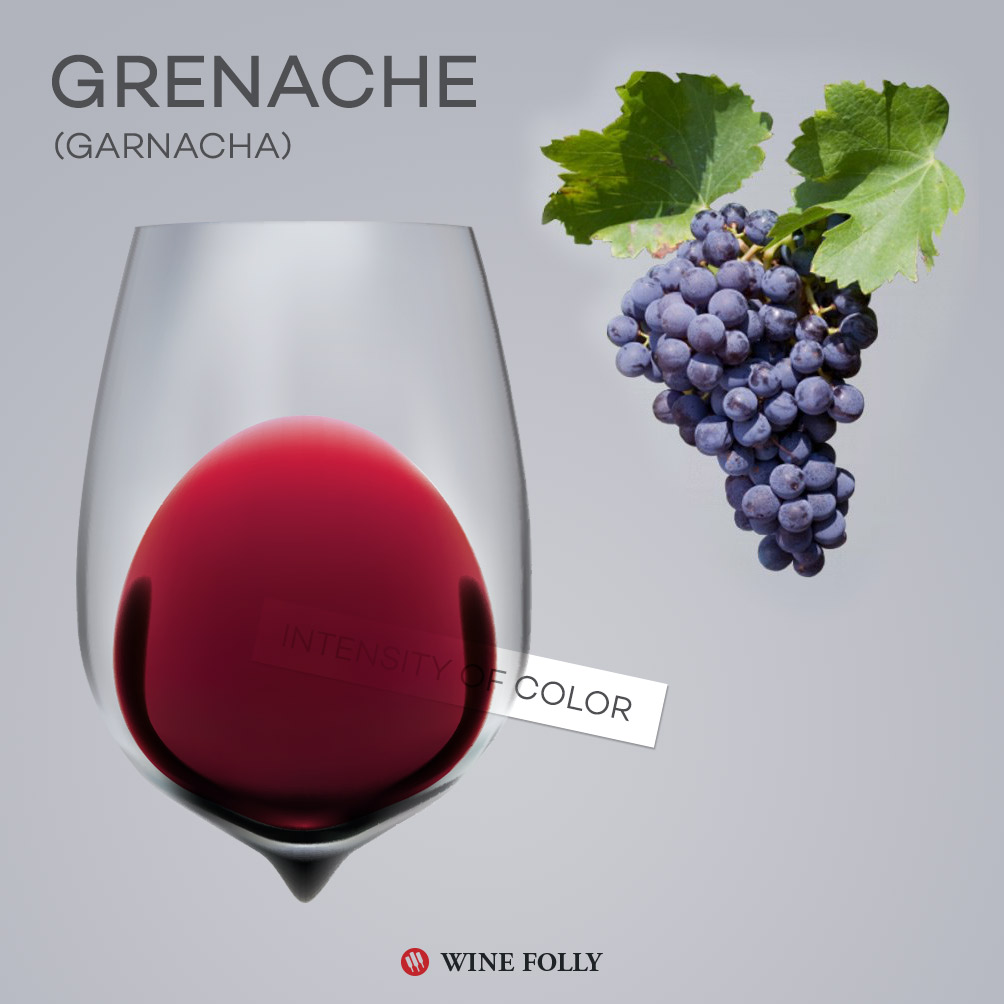 Would it surprise you to know that Grenache is responsible for some of the most delicious and expensive wine in the world? From exalted regions like Châteauneuf-du-Pape to cult California wines, Grenache is just as important in the wine world as Cabernet Sauvignon.

The unmistakable candied fruit roll-up and cinnamon flavor is what gives Grenache away to expert blind tasters. It has a medium-bodied taste due to its higher alcohol, but has a deceptively lighter color and is semi-translucent. Depending on where it’s grown, Grenache often has subtle aromas of orange rinds and ruby-red grapefruit. When Grenache is grown in Old World regions such as Côtes du Rhône and Sardinia, it can have herbal notes of dried oregano and tobacco.

The Calatayud is a warmer growing region in Northern Spain where late-ripening Garnacha grapes can get very high sugar levels. The ripe grapes usually ferment to alcohol levels above 15%, which adds both body and spice. Garnacha from this area often smell slightly of ruby-red grapefruit with lots of cherry and licorice flavor.

The Southern Rhône is known for Grenache-based wines. The region’s wine varies year-to-year based on vintage variation. Along with cherry fruit expect more smoky herbal notes including oregano, lavender, and tobacco. The Rhône is a slightly cooler region often making wines with more finesse and slightly less alcohol.

American Grenache is both fruit-forward and aromatic with crisp acidity. Instead of herbal aromas like many Old World Grenache, the American versions smell more like licorice and flowers. American Grenache is often blended with a touch of Syrah to add tannin and smooth out the flavor.

The spice in Grenache makes it a perfect pairing with spiced and herb-heavy dishes including roasted meats, vegetables, and a variety of ethnic foods. Alcohol is a solvent to capsaicin, which is the heat unit in spicy foods. A lighter-alcohol Grenache served slightly chilled can help reduce the burn of spicy food.
#GrenacheDay
The official #GrenacheDay occurs annually on the 3rd Friday of September. It was started by the Grenache Symposium in 2010.